In 2008 I was part of implementing a show on Sustainability at the Sangre de Cristo Arts and Conferene Center. For the show, a few students helped me build a model single-family dwelling for a theoretical Ecovillage which I designed with a community center, gardens and orchards from the direction of prevailing winds to cool pathways between building in the summer.
The building was designed to be cob on the south side and straw bales on the north side. A newer development is "bale-cob" which has half a bale cut lengthwise adjacent to several inches of cob in the same wall.
The model had to be built off-sit, so to keep it from getting too heavy, I developed what I call "styro-cob" which uses ground up styrofoam peanuts, clay and straw (replacing sand with the styrofoam). Four people can move this model.
I continue, in some instances, to use stryrocob. I put this behind nests in the chicken coop to infill between bales. 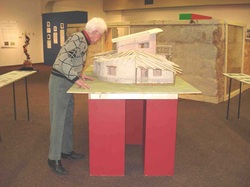 The docent looks at the model 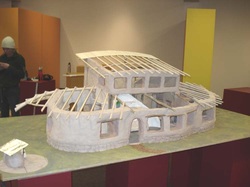 South-facing side of building. 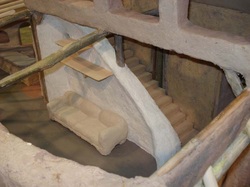 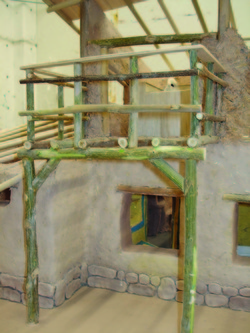 Porch off of second floor/bicycle storage underneath. 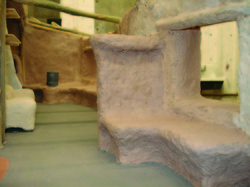 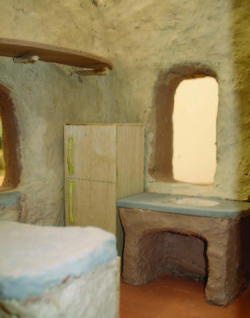 Kitchen. See how High shelf sits on posts embedded in the cob. 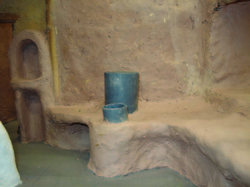 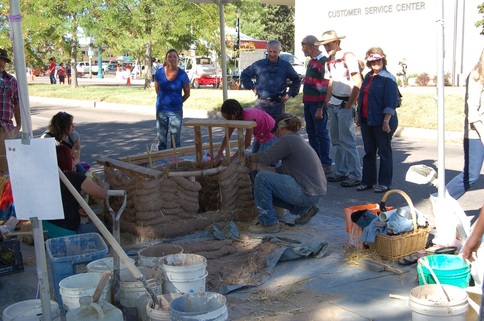 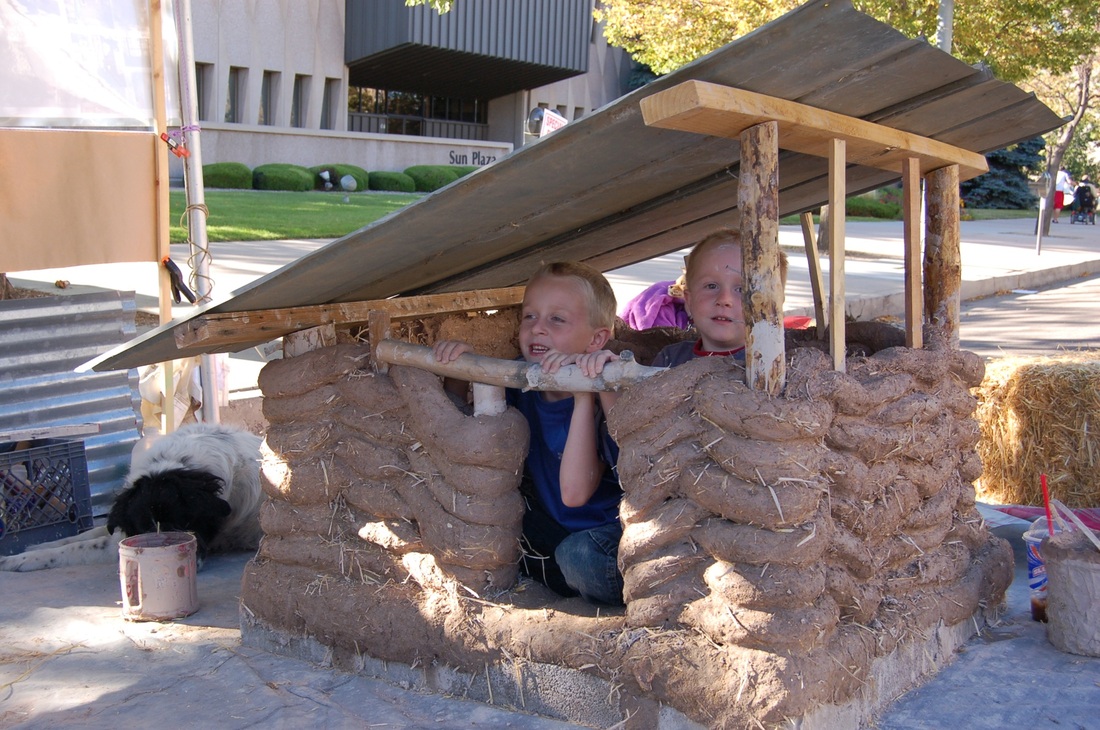 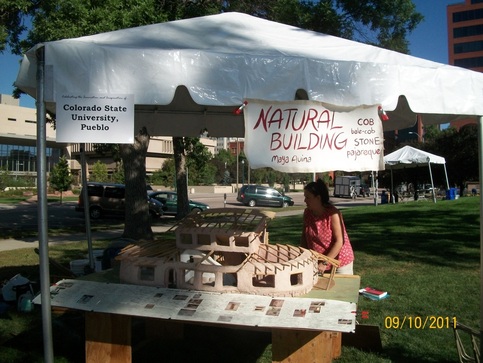 This year I brought the model and people studied it with great interest. This is first thing in the morning. 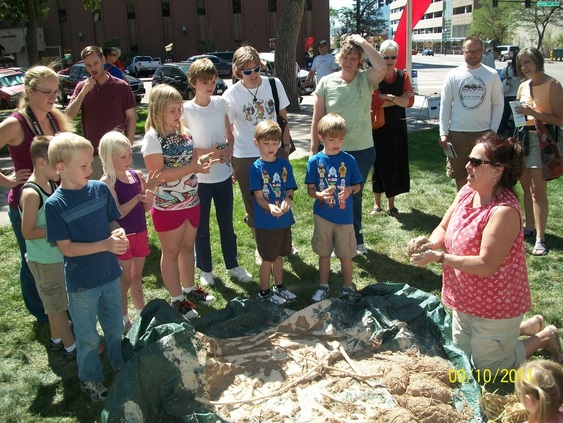 They still wanted "hands-on" so I did three cob-stomping demos which children joined in, then I gave them the cob to make things with. They loved it! 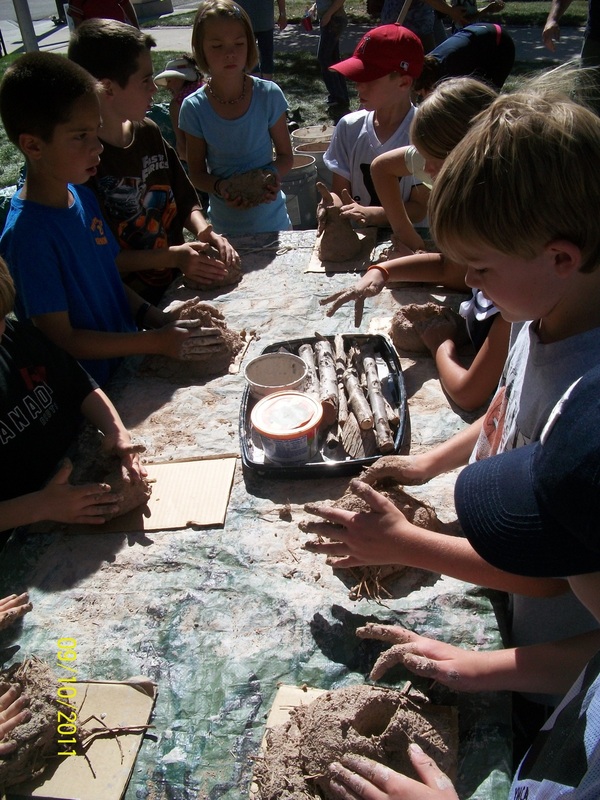