SUMMER ON THE LAND 2014 BEGINS 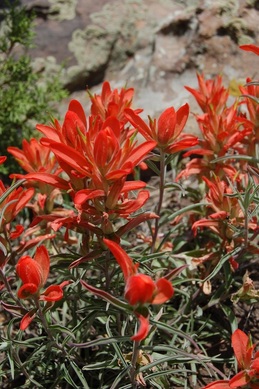 Welcome, whether you're a new visitor or coming back again.
This summer began with a month of bronchitis, but I am finally up and running. Of course life brings its lessons, and this one is that it's all good, whatever progress can be made is good, whatever patience it takes is good.

Though this project has been 12 months (four summers) in progress for one person, were there more people you could divide up the time, right? And because I spend a lot of time each season putting up shade and taking it down, were there more people and fewer seasons there would more time building and less time working on shade, so fewer months overall.

A RECAP OF SEASONS TO DATE FOR RURAL NATURAL BUILDING
(See other pages for ATV Shed):
2009: Topsoil removed to make a flat work platform below building, rubble trench foundation completed and corner stone masonry porch pier with adjacent drystack stone steps.
(2010: Built a cob chicken coop in town vs. working on rural building.)
2011: Stone masonry piers to support porch posts completed along with drystack stone retaining walls between piers, also shed for storage (pictured in header for this page). My daughter Jen built a cob bench.
2012: Stone masonry stem wall on foundation done including setting large door stone.
2013: Searched for windows and doors, purchased and made frames for double cherry doors, a single door and three windows. Cobbing began and two passages of cob were completed around the perimeter of the building up to about 3' on north side and 2' on the south.

2014:
I started the season with a visit to just "be" on the land and do a little ritual of honor instead of jumping straight in with a work agenda. This was in early June.
GIRDER BEAM:
Usually shade goes up first thing but last fall, I brought one log girder up from the shed before having to return the log arch to my friend Charlie (log arch is log-moving tool; girder is a big beam that holds roof joists). I placed it next to the wall where it would be set and of course covered it from the winter weather to come. As this season began, I didn't want this long log to be in the way all summer as we work and I didn't want to have to take shade tarps down to put the girder up, so GOAL #1 was to get the girder up.
June 12 & 14: The vertical posts that hold it must be notched with a saddle curve, but on the 12th I went up with my friend Mindy who can run a chainsaw but the chainsaw wouldn't work. So she cut one notch by hand before a thunderstorm came and we headed home. As were were leaving I saw a better rip saw I'd stored in the shed (longer blade, bigger teeth) so on the 14th I came up and cut the  other two saddle notches (sorry Min!).
June 17: I managed to get two young fellows, Devin and his friend Zach to come up and with my land neighbor Dave, who'd kindly volunteered, and they raised the girder. I kept ladders stable and secured hurricane straps.
Mission accomplished!!!!

THE PLAN: My niece Danica is coming by train from California to visit, learn and help cob and friend Kate from Denver is putting together a little work crew for this coming weekend. It's hot now and rain is predicted for the weekend, so shade is essential! Tomorrow I'll work on shade (which is also water catchment) and this weekend the cobbing will commence!!! I'm contemplating having a load of sand delivered instead of bringing it up with my old GMC....we'll see.