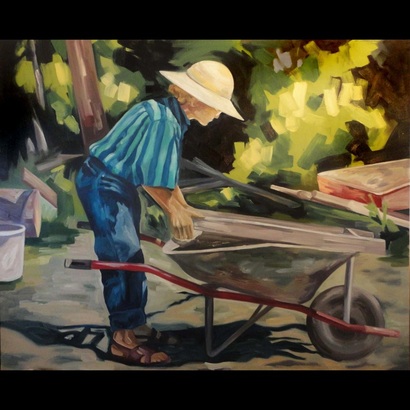 Colorado 4-yr. art faculty were invited to submit work for a show at the Capitol Building. Last spring I'd done a painting of Kiko Denzer, from an image I'd taken aof him during a workshop at O.U.R. Ecovillage on Vancouver Island a couple of years ago. When I asked Kiko if he'd mind the portrait of him be shown, I also asked him if he'd consider doing a workshop at CSU-Pueblo this spring.
Kiko accepted and we'll be doing an earthen mural in the courtyard of the Art Department. I hope teachers can come learn how to do this with kids.
In the painting, Kiko is sifting sand. I loved the color of his shirt, and when he saw the image, he said, "I really liked that shirt and it finally became a workshirt." Well now you, sifting sand, and the shirt will be on display in the grand Rotunda of the Colorado State Capitol. We visited the space while dropping off the painting. From industrial and mining, maybe back to simple building.
If you'd like to see Kiko's work, go to Handprint Press (http://www.handprintpress.com/)
Kiko: oil on canvas 45" x 55" 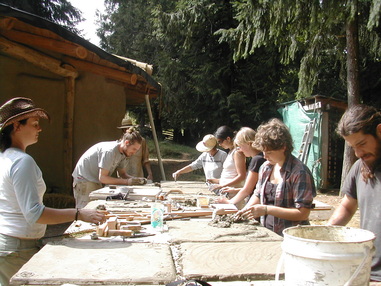 _For the workshop in Canada with Kiko we played with earthen plaster on boards then applied the chosen design to a building.
O.U.R. Ecovillage does organic gardning, natural building, education and community. They worked with the Canadian government to build an approved cob building/meeting house. While I was there, a cob artist studio was under construction.
Below is the relief mud mural we did. The next image is the completed cob building. The last is the studio under construction. 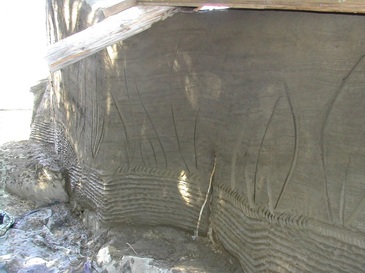 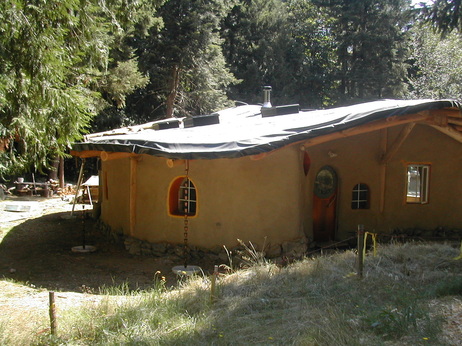 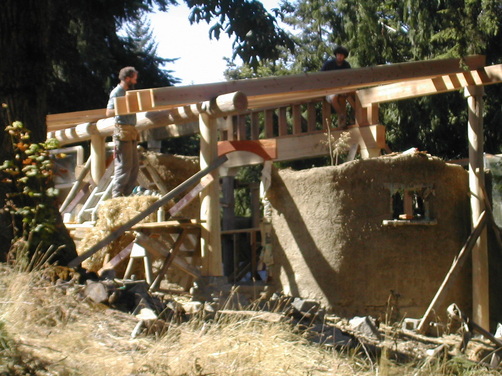