As the end of my sabbatical year was coming to an end, I figured I needed several dozen batches of cob to finish the wall in a few weeks. My dearest friend Jana came from Oregon for a bit and my daughter came from N. Calif. for about a week. This gave me just the headway I needed to finish the walls after they left. They were completed on August 7th. It was pretty epic, though there is no exterior image that does it justice with tarps and scaffolding.

Below: On day of wall completion, pic of the interior

Below: Me with Ezra and Carson who were little ones when they helped with the chicken coop in 2010. This shows the scale of the south walls. 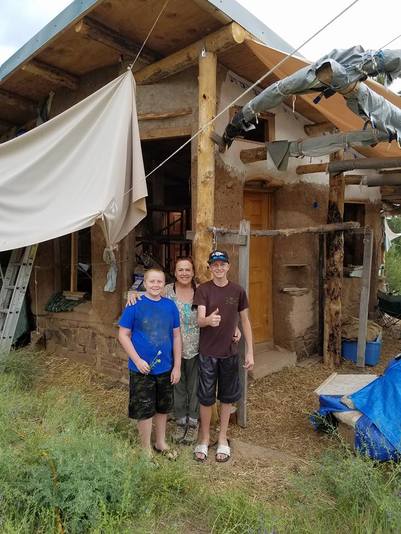 Though school began in August, I knew I needed to get the porch roof and had planned for this by completing stucco to below level of porch rafters.
It took a while to figure out how to do it since I hadn't done this detailing prior (!). Finally I opted to use repurposed roofing on the under layer to give the best support to roofing on top of the four foot rafter span. The photos below show the sequence.
I'd prefer to cob, but roofs are necessary! Nights are also getting to cold, so winter work will move forward.
Oh, in October I went to Oslo for a week to be present and my son's PhD defense on protonic fuel cells.

Since school began I put in twenty two days on weekends doing all of the above. I had help on three days. But being gifted with warm weather that allowed me to work, the roof on the porch is done except for fascia. The walls are done, the whole thing is protected. Well, I will keep tarps up on the south side until it has stucco, but another major phase is completed. 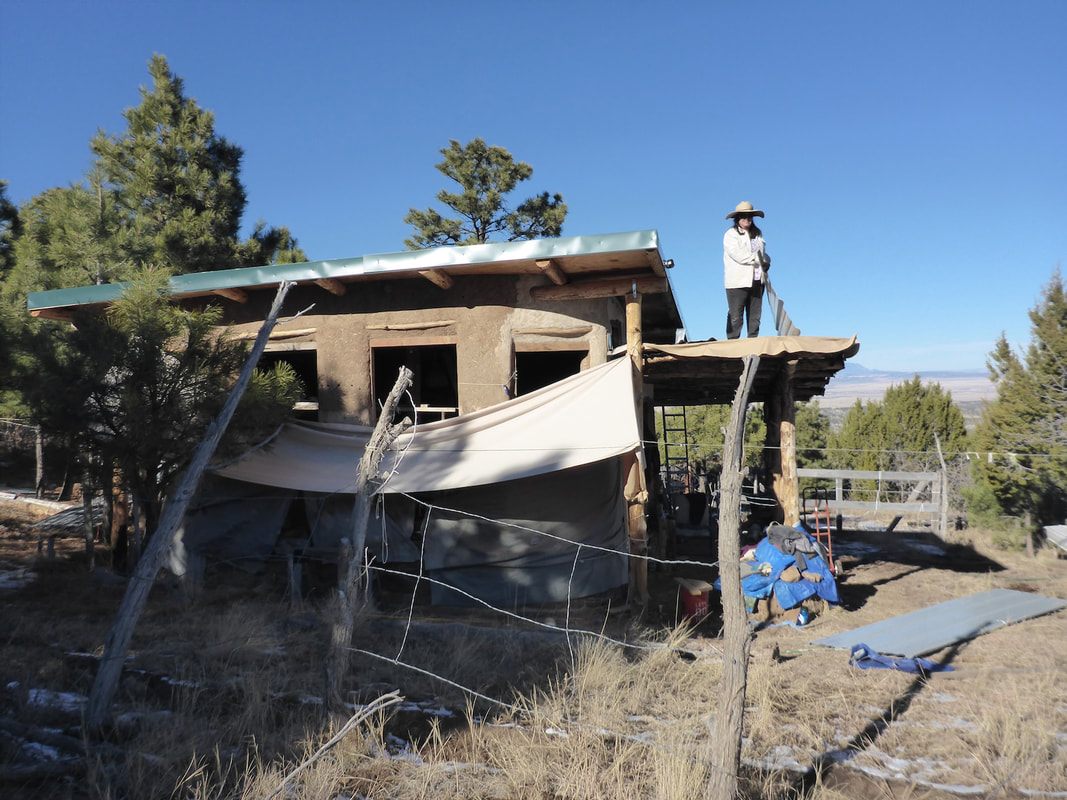 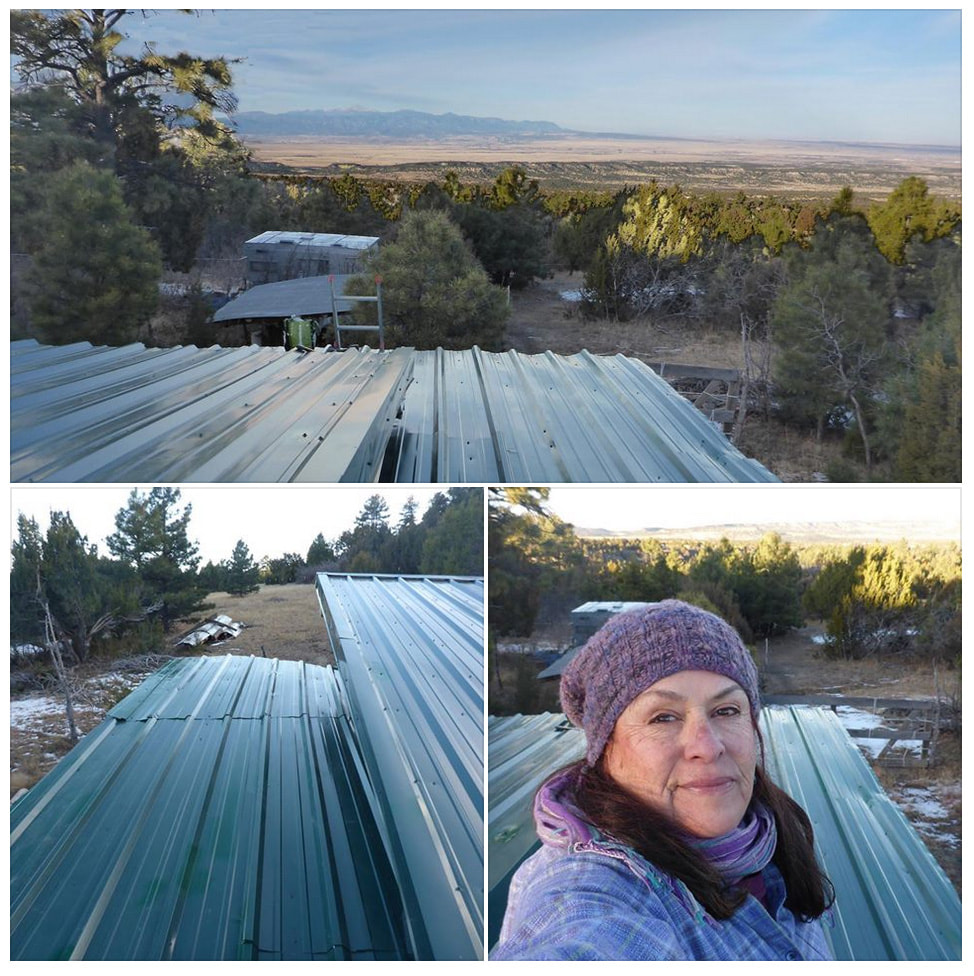